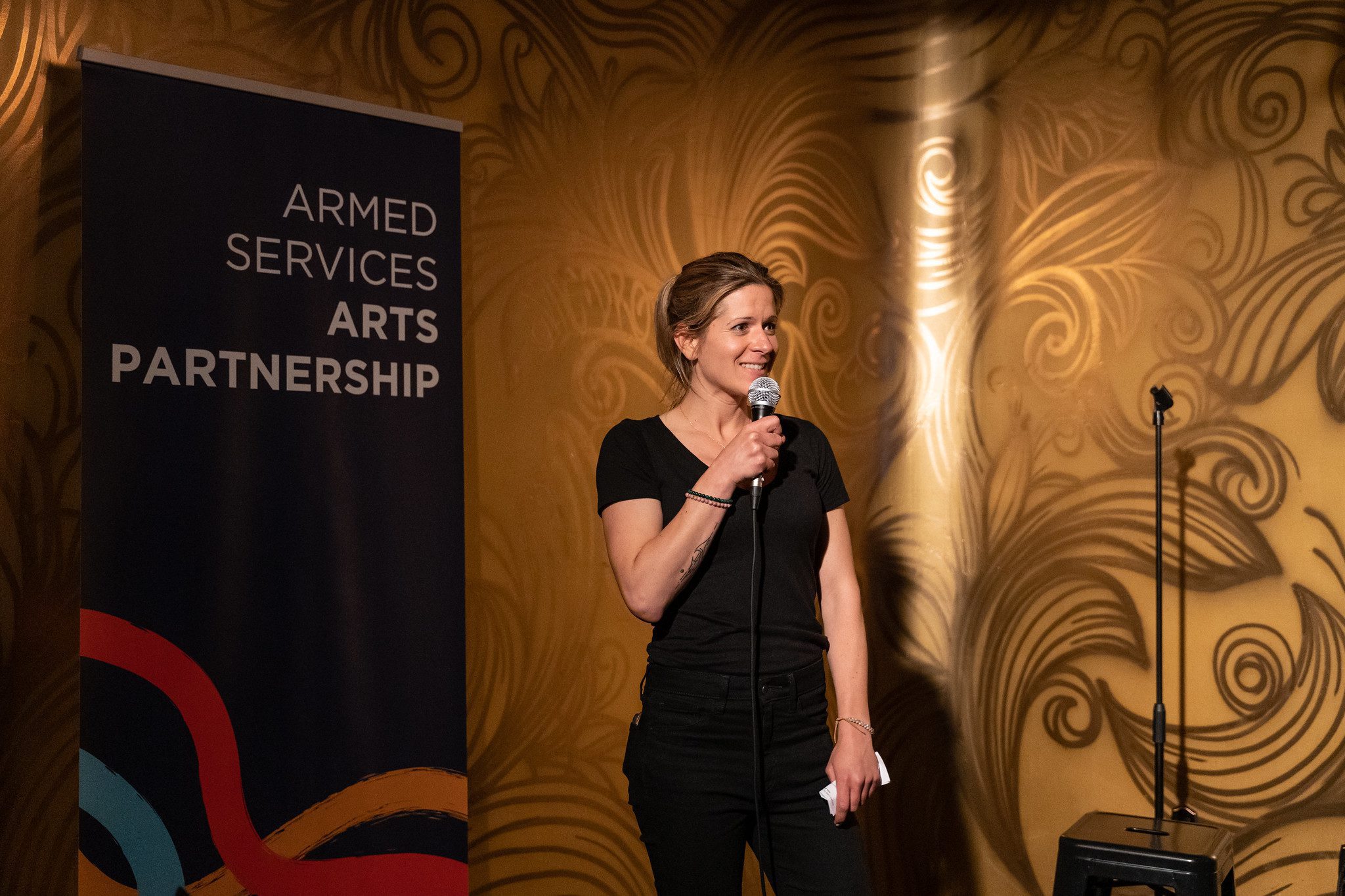 Comedy Crash Course is a three-hour introductory workshop into the art of stand-up comedy. Professional comics teach you how to uncover humor in your personal experiences. You’ll learn the basics of structuring jokes, comedy writing, and stand-up techniques in an interactive environment.

Geoff Grooms is a U.S. Navy Information Professional specializing in the Navy’s cyberspace defensive operations and communications. He started his stand-up routines at various comedy clubs around the Southern California area and performs all around San Diego and Los Angeles. He joined ASAP in 2022 with the expansion into San Diego. When he’s not working or telling jokes, you can find him doing bicep curls in the gym.