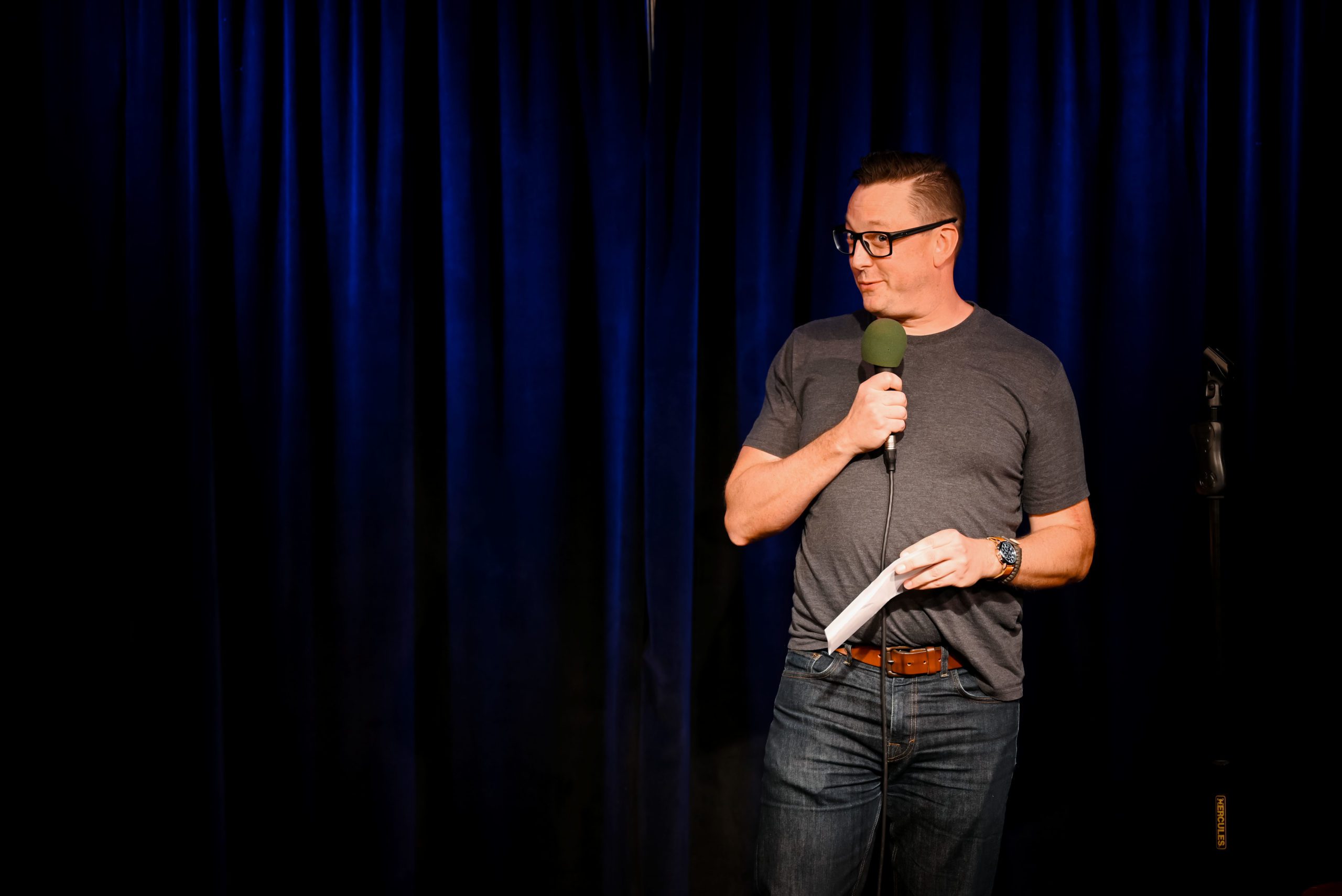 Learn the basics of standup comedy in this six-week class taught by professional comics. The class ends with a graduation show where you’ll deliver a five-minute comedy set to a public audience. Our 600+ graduates have gone on to perform on some of the world’s biggest stages, including Warner Theater, Gotham Comedy Club, and The White House.

The first session of this class is Sunday, March 19 from 2-5 PM and will meet weekly through April 30, skipping the week of April 9. The Graduation show for this class will be Thursday, May 11, at 7:30 PM.

Brendan Jay is originally from Philadelphia, PA and currently stationed in San Diego, CA as an active duty member of the United States Navy. Brendan has performed stand-up comedy for nine years and has worked all over the country. He delivers spot on celebrity impressions and hilarious observations on sports and military life.